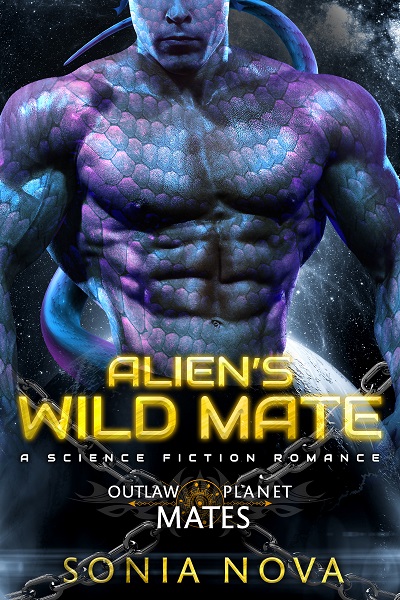 Here is a preview of the first chapter of the book. I hope you enjoy!

Emily threw her gear under a large redwood tree. Her back ached a little from carrying it all day. The sun was already setting and her last stop had been at noon. It was time to get settled for the night, and this was a perfect spot to do so.

The smell of the forest filled her nose and Emily closed her eyes. She took a moment just to breathe the clean air and feel the peaceful quiet surrounding her.

She grabbed a couple of empty bottles from her backpack and carried them to the nearby river. A deer bolted as she came close, but it had just been drinking, and the stream was flowing fast, two ways she’d been taught to know the water was safe to drink.

She drank eagerly from one bottle. It had taken a longer trek to the water than she had anticipated, so she was quite thirsty. She’d found her way to the river simply by following her knowledge of the landscape. She had no need for modern devices like a map or a compass when she went out in nature. Not anymore, at least.

Finished with her drink, Emily flung out the line of her fishing rod and waited a bit, smiling as she pulled out a sizeable fish for her dinner. Sweet success! She quickly gutted the fish by the water, carrying only the meat back to her site with her.

She collected a pile of dry leaves and sat down on a fallen tree. She pulled out two pieces of flintstone to start the fire. Crouching down, she blew gently on the leaves, which slowly started blossoming into a full flame.

Emily smiled in satisfaction as she added some more kindling. She listened to the sounds of the fire crackling and the birds singing nearby. They were all familiar sounds to her that made her feel at peace.

She rubbed her hands, warming them over the fire. She hoped she wouldn’t run into any other groups tonight since she’d come out here to be alone. This forest was a popular camping destination, probably because it was the only wilderness area within ten miles of the city. And the whole survivalist thing was now something of a niche hobby. But Emily loved it.

A few years ago, she had reached her breaking point. She was tired of her boring life in the city, doing nothing but work, home, and work again. Her job in customer service was hardly stimulating and her hobbies had seemed pale and dull. Sure, there were a number of shows to watch on TV or on any of the dozens of streaming services that were available these days, but she wasn’t actually doing anything.

Overnight, she had turned her life around. She’d gotten into extreme sports like sky diving and water skiing, and then decided to try out the whole survival thing herself, going out into the wilderness with only the bare minimum of what she would need.

At first, she had gone with a group. She’d connected with an experienced survival instructor, a woman named Ruth. With Ruth, she had followed a survival course and made a ton of friends over the years. She really enjoyed going out with her friends, but now that she was skilled, she’d decided this time, she wanted to go on her own.

Her family thought she was insane, but Emily finally felt alive after years of going through life without really enjoying it. Sure, she had friends in the city who she went to movies and restaurants with, but it wasn’t the same as huddling up by a fire on a cold night with only herself to rely on to keep warm or catch her dinner.

Emily added a few branches to the fire and smiled contentedly. “A few berries to go along with this fish would be just the thing.”

Earlier, she had prepared a torch by soaking a branch in tree sap. Now, she held the tip in the fire, and it flamed up, ready to go. She needed to be careful not to let the surrounding forest catch alight, but she was used to that by now. She angled the torch so that the smoke didn’t blow into her face and started off, keeping her eyes on the ground as she looked for anything that might be edible.

She didn’t wander far, constantly keeping her eye on the fire she’d made. She knew better than to leave it unattended even for just a minute. She should’ve thought of the berries sooner, but all she could do now was search the nearby ground.

She didn’t have any luck finding something that might go with her dinner. She did find some mushrooms, but she didn’t recognize them, which meant she couldn’t risk eating them. When she returned to her camp, she got out her sketchbook and drew a quick picture so she could look them up when she got home and figure out if they were good to eat for next time.

She set her fish into a frying pan, then set her cooking platform over the flames and placed the pan on top of it. While she waited for her meal, she busied herself with creating useful tools from nature. She had collected a big stack of reeds earlier, and now she sat and weaved them together to make a basket.

Slowly but surely, over time, Emily was erasing all traces of the modern world from her camping gear. Her bottles were made from the bladders of deer she’d caught during other trips, her shelters were built from branches and leaves, and she had even crafted a couple of her knives from rocks. She still had a flashlight with her for emergency use, but usually, even that was unnecessary.

Whenever she was frustrated by a customer, Emily would just think of the weekend and what she might try next. She had caught a deer just the week before. It had taken a long time for the meat to roast, and even longer to smoke the leftovers, but she couldn’t just leave them to spoil.

She had brought the meat home and kept it in her pantry, though she’d also opted to bring some of it back with her when she’d come back again. The smoking process preserved the meat quite well, so it should last her a few weeks more.

It was a bit difficult to read by firelight, but Emily had brought along a book on survival techniques. She attempted to study the best ways to make an arrow as she ate her fish, which she had flavored using some of the local herbs she had gathered during the daylight hours. Maybe next week she would see about gathering up wood and rocks and giving it a try.

The fire had burned down to embers by the time Emily thought of sleep, leaving the camp in a low, glowing light. She crawled into her sleeping bag and sighed. Today had been tiring, but satisfying, and she was ready for some rest. She still had another day in the forest before she needed to head back to reality.

Emily drifted off easily, knowing that she would be woken in the morning by the sunlight shining through the wooden slats.

Except that wasn’t how she woke up.

A strange noise jarred her awake, and she bolted upright, staring at the darkness that surrounded her.

The sound was unmistakable. People were screaming somewhere nearby.

Emily snapped up and grabbed her belt, which held her hunting knife, and strapped it on. She wasn’t going to just sit around while people were potentially hurt.

Running toward the sounds, she nearly collided with Ruth who had been running in the direction she was coming from. Ruth’s brown eyes were wide and frantic.

Emily grabbed Ruth by her arms. She was shaking. “Ruth. What happened?” The screams were starting to cease, and Emily feared for the worst.

“I… I don’t know, but it’s bad.” Ruth gripped Emily’s arms tight, as if holding on for her life. She spoke fast, her voice panicked. “I was out training a group of newbies – none of them have a clue yet since this was their first time. I keep hoping this is some kind of a hoax, but…”

Her voice faded away as she shook her head violently. Emily’s heart clenched. Ruth was the strongest woman she knew. What could have happened?

“No!” Ruth gripped her arm tighter and Emily winced at the pain. “Don’t go. You can’t go in there. You…”

Before Ruth could finish her sentence, a strange light flashed in the sky. Then, the two of them were suddenly floating, weightless in the air. What the…?

Emily looked up – and saw what appeared to be an honest to gods spaceship. Her eyes rounded in shock. No. Surely, this couldn’t be real. It had to be some kind of stunt meant to scare the hikers. A hoax, as Ruth had said.

“Emily!” Ruth reached for her, eyes filled with fear.

Emily tried to grab Ruth’s hand, but they were slowly drifting away from each other.

The next thing Emily knew, she was in a white room, surrounded by little green men with bulging black eyes. Aliens. God, was that really what they were?

Emily blinked hard, trying to understand what she was seeing. She wanted to believe this was a stunt, but it all felt a little too real.

Behind the aliens, at least five women – human women – lay on the floor.

Unconscious or… dead? Emily couldn’t tell. It was like a scene of nightmares.

A lump formed in Emily’s throat. Had they been her camping group?

Emily looked at the green creatures. There was no way this was a prank. Anyone who attacked people like this, even if for a “prank”, was just asking to get sued. Surely, no one would be stupid enough to do something that dumb.

If these really were aliens, she needed to fight, and fight now. Clearly, they were not friendly, and they were taking captives.

Her knuckles white, Emily grabbed her knife, ready to attack. But before she even managed to move, a small, sharp pain pinched her in the back of her neck, like some kind of dart. Weird-looking green hands grabbed her from behind as coldness quickly emanated from the source of the prick.

“Get the weapon away from this one,” an odd, slurred voice said in her ear.

Another pair of green hands appeared, removing the knife from her grip. Her eyelashes fluttered and her vision blurred. The next thing she knew, she was overwhelmed by exhaustion. Her knees buckled and her eyes closed.

The last thing she saw was the fearful gaze of Ruth as she too fell into an alien’s grasp.

I hope you enjoyed this preview chapter!

Alien’s Wild Mate is Available for Pre-Order on Amazon!